My favorite thing to do after eating and sleeping is definitely laughing. And if I’m not wrong, I’ve listed out the three in the perfect order. We all love laughing, and we’re all constantly online. Being a fan of scrolling through apps on my phone to have a good laugh, I’ve had plenty of time to figure out what I like and dislike. Time is precious, so is laughter. Mumbai Coworking presents you the list of best stand-up comedians that are worth spending your precious time on. 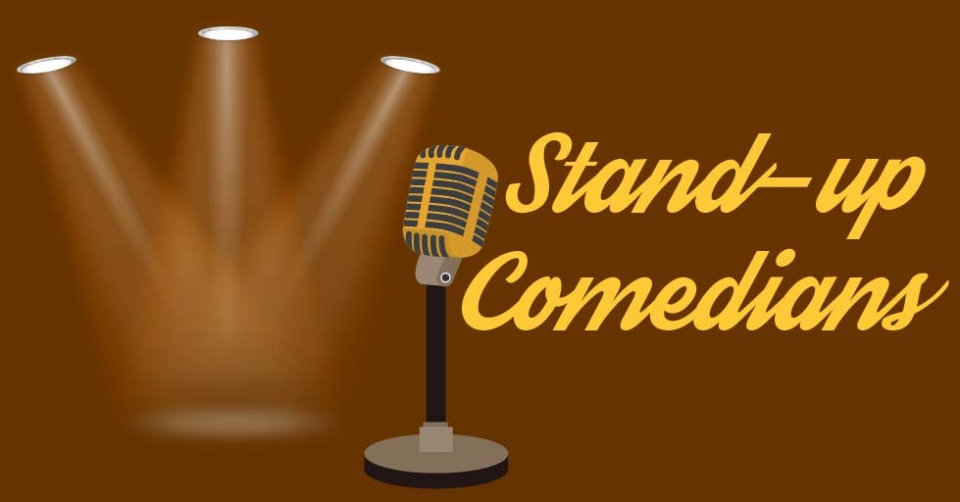 Here are some of the best stand-up comedians in India

Abish, an actor/musician born in Noida, never fails to amuse with his sense of humor. His hilarious take on multitasking and what women think in bed, is an apt example of just how humorous he can be. Another must watch video of Abish is his description of the difference in a train vs. plane.

Get in touch: goodgirlsarehappy@gmail.com
Aditi Mittal, one of the first women to do stand-up comedy in India, is wittier than you or me could ever hope to be. Raising awareness is hard enough as it is, but using humor to do it must be unimaginably difficult. Aditi, however, does it flawlessly. Watch her latest video on breasts and bra shopping to get hooked for life. She is one of the best renowned stand-up comedians in India.

Get in touch: khatriatul@gmail.com
Atul Khatri is one of the members of East India Comedy and the only Indian to perform at the Hong Kong International Comedy Festival in 2014. The best description of the film Ram Leela I have ever heard is his comical take on it. Another one of his best videos is his experience at the Wagah Border. He is the best stand-up comedians at his age.

Get in touch: biswakalyanrath1@gmail.com
Biswa, loved by literally every human on Earth, is a mind-blowing stand-up comedian by himself, and also adds a different charm to Pretentious Movie Reviews. You’d be lying if you said you haven’t watched all of his videos already. He also got featured on 9gag for his unquestionable truth about introverts.

Get in touch: daniel@microphoneentertainment.co.in
Daniel Fernandes, one of the best comedians in India, is known well for his frequent references on social issues in his acts. His recent video on why he hates Fawad Khan (watch before you judge) is totally legit. He never shies away from speaking on controversial things, like the US Presidential Election and Feminism.

Buy one coworking seat and get one seat free at Just Rs. 7,000

Get in touch: Jeeveshu@gmail.com
Jeeveshu Ahluwalia has been in the stand-up comedy industry since he was 16 years old. His best comedy acts are his recent videos about the hilarious atrocities of a Punjabi mother or self deprecating fat jokes (I relate). If you haven’t seen his latest video on being Punjabi, you need to go watch it now! He is one best stand-up comedians & motivational speaker in India.

Get in touch: prabtej@oml.in
Kanan Gill is the other half of Pretentious Movie Reviews and also a well-known stand-up comedian. If you’re up-to-date with the current startup ecosystem, then his video on startups is the best thing you’ll ever see. Or you can also watch it to have a good laugh, and probably not try to execute it in real life.

Get in touch: karunesh.talwar@gmail.com
Karunesh Talwar is relatively new on YouTube, but is not one to be mistaken for just another generic comedian. He has five videos up so far, and has to be the best channel I’ve ever been referred to. If your face isn’t hurting from laughing a minute into any of his videos then you have issues.

Get a business presence in Mumbai with our Virtual Office service

Get in touch: kennethseb@gmail.com
Kenny Sebastian has been making people fall off their chairs for years. He religiously uploads videos on YouTube to make sure his online audience is just as satisfied as the ones who get to watch him live.

Get in touch: neeti@neetipalta.com
Neeti Palta is a stand-up comedian from Delhi who brings her fresh female perspective to the table. Apart from her own YouTube channel, her amusing point of view can also be seen on other channels. She is one of the best stand-up comedians in India.

Get in touch: papacj@gmail.com
Papa CJ, the global face of Indian stand-up, was the first Indian comedian to be invited to perform at the Just for Laughs festival in Canada in 2009. He has performed over 2000 shows and counting. Subscribe to his channel for constant updates on all his shows.

Get in touch: randomchikibum@gmail.com
Rahul Subramanian has been a stand-up comedian for almost three years. This Random Chikibum has a diverse selection of topics from monorails to dads on Facebook. If you want to spend time online, make sure you go through his channel to make the best of it.

Use our coworking space “FREE” for the 1st Month!

Get in touch: pantonfirecomedy@gmail.com
Sorabh Pant is another member of East India Comedy and one of the top comedians in India in 2017. While his stand-up acts are available on EIC’s channel itself, you must subscribe to his personal channel to view his rants on the most disputed topics.

Get in touch: varunmthakur@gmail.com
Varun Thakur, mostly available on SnG Comedy’s YouTube channel, has playful notions on topics like struggling actors and coffee shops. His video on condoms, chemists, and contraceptives in India is on point and should definitely be seen by anyone too shy to use the c-word.

Get in touch: humorouslyyours@gmail.com
Vipul Goyal is the founder of Humorously Yours and one of the founders of TheViralFeverVideos. Vipul’s depiction of what a typical Indian family WhatsApp group looks like will make you realize you’re definitely not alone. Watch his latest video on unrealistic expectations by Indian men on flights to start your year on a humorous note. He gotta be in our list of best stand up comedians in India.

Get in touch: contactweirdass@gmail.com
Vir Das has extensive knowledge and experience in acting and comedy. Since returning to India in 2003, he has performed over 100 shows in major cities. While his career in acting has taken off pretty well, it hasn’t held him back from being one of India’s cherished comedians.

Get in touch: zakirkhan208@gmail.com
Zakir, winner of Comedy Central’s India’s Best Stand Up Comedian, has also been a part of On Air with AIB. His latest video ‘Life Mein Chahiye Izzat’ hilariously portrays our continual hunt for gaining izzat in our samaaj. Subscribe to Zakir’s channel, one of the best stand-up comedians in India.

If you think any other comedian deserves to be in the list, please leave a comment below.